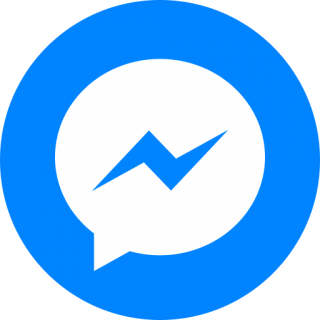 5 steps to planning your perfect wedding Like a Victorian confection reflected in the waters of Central Park's Lake, the Bow Bridge gracefully gathers lovers of New York in real life. In reel life the Bridge has been a magnificent setting in films such as Manhattan, The Way We Were and Keeping the Faith.

Crafted of cast iron, it was designed with Classical Greek refinement during the mid 19th century by Calvert Vaux and Jacob Wrey Mould. Found mid-park at 74th Street, west of Bethesda Terrace, the bridge spans 60 feet with a walkway constructed of ipe, a South American hardwood that turns a rich deep red when wet. In 2008, eight three and a half foot tall planting urns were returned to the Bridge through historic reconstruction almost 80 years after the original ones went missing

Getting married at the
Bow Bridge, Central Park, New York
Prices from
£959
Overview

74 Reviews
Add this venue to your basket

A Manhatten wedding is ideal for those seeking a year round destination. Its packed full of excitement and entertainment. Manhatten has a huge choice of wedding locations suitable for an array of age groups. Sound appealing? Manhatten could be the perfect choice for your wedding abroad. It’s important to consider, Location, Size and local attractions (for your honeymoon). Explore our favourite Manhatten wedding venues below, or call our specialists.

Top of the Rock, New York

Get married at the top of the iconic Rockerfeller centre on 5th avenue with the Manhattan skyline as your backdrop. Here you will get to say ‘I Do’ 70 stories above street level with 360 degree views of Manhattan.

Central Park's Ladies Pavilion is a secluded spot located near 75th Street on the west side of the park, next to The Lake. The Pavilion's antique-style construction, location, and beauty have made it one of the most sought-after park locations for special events, especially weddings ceremonies and photo shoots.

Named for the Italian meaning "beautiful view," Central Park's Belvedere Castle offers park goers exactly what its name implies. With its two balconies, it supplies wonderful panoramic views that include some of Central Park's most beautiful and famous landmarks: the Delcorate Theatre, the Great Lawn, the Turtle pond and the Ramble.

Like a Victorian confection reflected in the waters of Central Park's Lake, the Bow Bridge gracefully gathers lovers of New York in real life. In reel life the Bridge has been a magnificent setting in films such as Manhattan, The Way We Were and Keeping the Faith.

Planning your wedding in New York

Find out if New York is right for you

A New York wedding is ideal for those seeking

When picking a venue, it’s important to consider:

Explore our favourite Manhatten wedding venues below, or call our specialists.

We build bespoke packages, tailored to your needs. Simply tell us what will make your day perfect and we’ll make it happen.

1.Where in central park can I get married?

There are a number of places in central park that are picturesque offering somewhere for you to get married, speak to our specialist who will discuss some options with you to get the best available option for you.

2.You offer top of the rock weddings, where is this?

Top of the rock is for couples wanting to get married at the top of the Rockerfella centre.

3.Can you help with a reception in New York?

We work with our suppliers in New York to help you with reception locations and prices.

4.What about hair and make up?

Again our suppliers in New York have trusted beauticians that can help with hair and make up for your big day, just let us know and we will get confirmed pricing for you.

5.Can you help with excursions and things to do whilst we are in New York?

Yes of course, let your specialist know what you would like to do and we will get some prices for you.

To be able to marry in New York you will both need to attend the courthouse prior to your wedding to complete your license application. You will need to provide your full passport to be able to collect your license. There are no minimum residency requirements. All information is for guidance purposes and based on british passport holders, couples need to obtain and research there required documentation